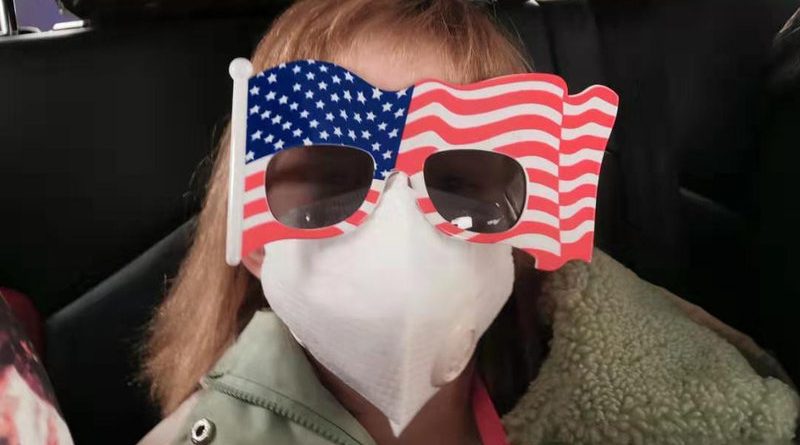 The number of people infected by the coronavirus in the United States crossed one million and the fatalities jumped to nearly 59,000, but several states initiated the process to reopen their economies amidst signs of decline in both new cases and deaths.

IMAGE: Emergency Medical Services paramedics unload a patient at NYU Langone Hospital-Brooklyn, during the outbreak of the coronavirus disease in the Brooklyn borough of New York. Photograph: Brendan McDermid/Reuters

“We continue to pray for the victims as well as for those Americans who are grieving their lost ones and their loved ones. There’s never been anything like this. We suffer with one heart but we will prevail. We are coming back, and we’re coming back strong,” US President Donald Trump said at the White House during his remarks on the Paycheck Protection Program.

US COVID-19 toll surpasses China, higher than 9/11Coronavirus quarantine: Cities seen from above

The US became the first country in the world to have more than one million cases of coronavirus. It accounts for nearly one-third of the 3.1 million cases globally.

“Now that our experts believe the worst days of the pandemic are behind us, Americans are looking forward to the safe and rapid reopening of our country,” Trump said.

IMAGE: A Detroit resident is tested for free for COVID-19 and antibodies at the Sheffield Center in Detroit, Michigan. Photograph: Rebecca Cook/Reuters

In California, Governor Gavin Newsom outlined the phased reopening of his state.

“We are not going back to the way things were until we get to immunity or a vaccine. We will base reopening plans on facts and data, not on ideology. Not what we want. Not what we hope,” he told reporters.

More than 1,800 people have died due to coronavirus in California so far. Schools and colleges, he said, could start in July-August.

Texas Governor Greg Abbott has also announced first phase reopening of the state. Tennessee on Monday allowed reopening of restaurants and later this week retail outlets could resume their businesses.

Pennsylvania has announced three-phase reopening of the state beginning May 3.

States like South Carolina, Oregon, Oklahoma, Ohio, have announced phased reopening of their economies. The state of Utah Tuesday announced relax restrictions and offered a mask to its residents.

In New York, the epicentre of the coronavirus outbreak in the US, non-essential businesses are ordered to stay closed till May 15. New York along with other states including New Jersey, Connecticut, Pennsylvania, Delaware, and Rhode Island and Massachusetts have announced to coordinate reopening.

“I listened to experts. I’ll tell you what. I did something that the experts thought I shouldn’t have done. I closed down our country and our borders. I did a ban on China from coming in, other than US citizens, and we did very strong checks on even our US citizens,” he asserted.

The United States, he said, is opening up again.

United States President Donald Trump doubled down on China for failing to tame the coronavirus at its very origin, saying it has led to 184 countries “going through hell”, as several American lawmakers demanded steps to reduce dependence on Beijing for manufacturing and minerals.

Trump has been publicly blaming China for the global spread of the “invisible enemy” and launched an investigation against it. He has also indicated that the US may be looking at “a lot more money” in damages from China than the $140 billion being sought by Germany from Beijing for the pandemic.

Leaders of the US, the UK and Germany believe that the deaths and the destruction of the global economy could have been avoided, had China shared the information about the virus in its early phases.

Senator Ted Cruz and his colleagues have urged Defence Secretary Mark Esper and Interior Secretary David Bernhardt to support the development of a fully domestic supply chain of rare earths and other minerals that are critical for manufacturing defence technologies and supporting national security.

“It is clear that our dependence on China for vital rare earths threatens our US manufacturing and defence-industrial base. As the October 2018 Defence Industrial Base Report states: China represents a significant and growing risk to the supply of materials deemed strategic and critical to US national security. […] Ensuring a US supply of domestically sourced rare earths will reduce our vulnerability to supply disruptions that poses a grave risk to our military readiness,” the senators wrote.

Congressman Brian Mast on Tuesday introduced a legislation to hold China accountable for its “coronavirus deception”. The resolution would empower the US to withhold payments on debts owed to China equal to the costs incurred by the US in response to COVID-19.

Paris’s take on spring/summer 2022 was fun, light and impactful. While Louis Vuitton saw a protester barge onto the runway,