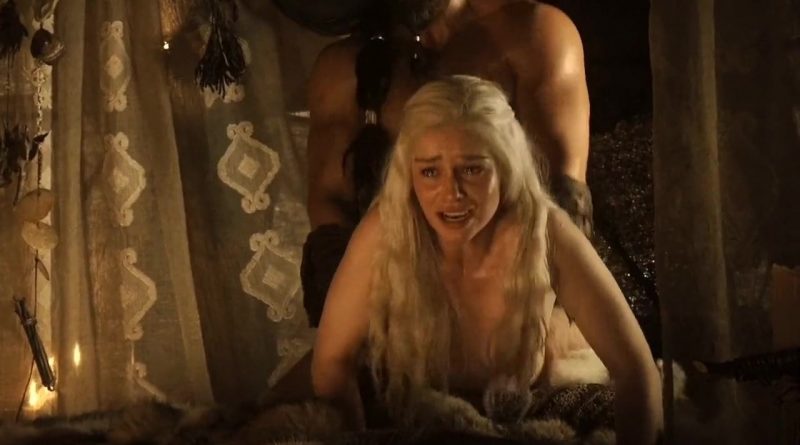 Nathalie Emmanuel, the actress who played the character of Missandei in the popular series Game of Thrones, has broken down the consequences following the nude scenes she agreed on doing for the show.

The 32-year-old actress stressed that she would turn down a project offer in the event that she was asked for full nudity during a series or movie.

“When I did Game of Thrones, I agreed toward certain nude scenes or nudity within the show,” Emmanuel told the podcast Make It Reign with Josh Smith.

“And the perception from other projects, when the role required nudity, that I was just open to do anything because I did it on that one show.

“I’ve had people challenge me and be like, ‘But this part requires that,’ and I said, ‘That’s fine if you require that in the part; I don’t feel comfortable doing that level of nudity. I will do this amount, you know, I can do this, which I think is necessary for the part’.

“[If they asked me for full nudity I’d say] ‘Well, thank you very much, I appreciate your interest but that’s just not what I feel is necessary for this part and it’s a difference of opinion and creative differences and that’s fine’.”

Nathalie Emmanuel is not the first actress to have changed her mind about nude scenes after her participation in Game of Thrones, as Carice Van Houten, who played Melisandre, also showed her dissatisfaction in the past.

“When the Me Too movement started, that’s when it started sinking in for me,” Van Houten told Insider.

“And it did sort of change my perspective on my whole career, not just Game of Thrones.

“In retrospect, I thought, ‘Why did that scene have to be nude? Why was that normal?’ I did question things and it was not so much that I was blaming anyone, but that’s just how we evolved, and just how the movement affected me.”

Emilia Clarke, the actress who played Daenerys Targaryen in the series, revealed in 2019 that she was asked to perform naked in other productions.

“I’ve had fights on set before where I’m like ‘no, the sheet stays up’ and they’re like ‘you don’t want to disappoint your Game of Thrones fans’,” she revealed on Dax Shepard’s Armchair Expert podcast

“And I’m like ‘f**k you’. I feel like I’ve seen enough now to know what is actually needed.”