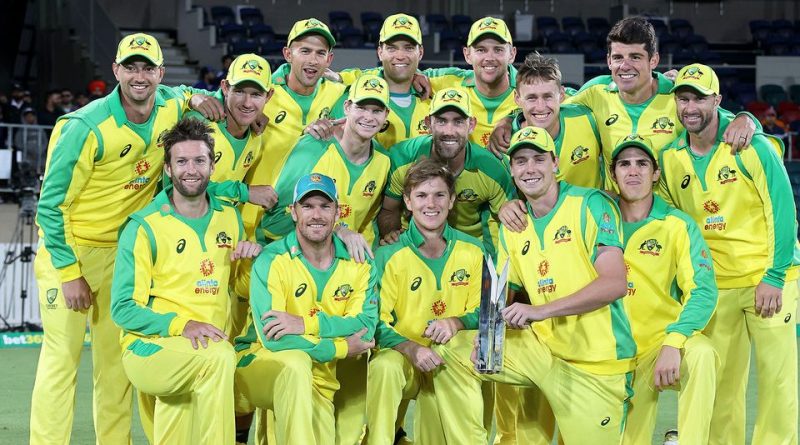 It says a lot about Australia’s prospects and aspirations for the T20 World Cup that the players in the squad most talked up are Mitchell Marsh and, after his stellar stint with Royal Challengers Bangalore in the Indian Premier League, Glenn Maxwell.

They are ranked seventh in the ICC T20I charts, below Bangladesh, and come into the tournament having lost their last five bilateral T20 series. But even if one disregards recent track record, it’s the complete lack of fear factor and aura that defines the Aussies who will take the field in the Arabian desert.

Not since Allan Border brought a little-known bunch of cricketers keen to make their name to the 1987 World Cup in the subcontinent has a team from Down Under been so unheralded going into an ICC showpiece event. The likes of David Boon, Geoff Marsh, Steve Waugh, Dean Jones, Tom Moody and Craig McDermott were yet to become household names, while the likes of Simon O’Donnell and Mike Veletta played key cameos in the campaign.

It all ended in a glorious climax at Eden Gardens. Something similar happening in the UAE a few weeks from now is not beyond the realms of possibility, but the smart money will not be on Australia adding its first T20 world title to the five it has in the 50-over version.

With the ICC event starting immediately after the IPL – at the same venues – the franchise tournament offers vital pointers to where teams stand in terms of their key personnel.

Australia’s batting mainstay either can’t buy a run of late (David Warner), can’t get into the playing XI of their IPL side (Steve Smith) or are coming back from injury (skipper Aaron Finch). Marcus Stoinis was a first-choice player for Delhi Capitals when the league resumed in the UAE, but the all-rounder got injured and couldn’t get back in even after regaining fitness. Dan Christian did feature frequently for RCB in the latter half of the competition, but can be termed as an honest trier, a T20 journeyman, rather than a match-winner in his own right at the highest level.

Marsh has been hyped up after a few decent innings on the ill-fated twin trips to the Caribbean and Bangladesh, but he has been in and around the set-up for a decade now without quite cracking the code in international cricket. Maxwell’s talent and X-factor make him an irresistible option, but he is not known for consistency and game awareness in big international tournaments.

How the mighty have fallen

At the time of the inaugural ICC World T20 in 2007, Australia were just a few months removed from crushing all comers to clinch their third consecutive 50-over crown. They were almost universally acknowledged as the favourites going into the competition in South Africa.

They didn’t quite go all the way – maybe, they didn’t pay the utmost respect to the nascent format – but a batting line-up featuring Matthew Hayden, Adam Gilchrist, Ricky Ponting, Andrew Symonds, Brad Hodge, Mike Hussey and Michael Clarke would fill any watcher with awe. How many of the current lot will break into that sequence?

All on the bowlers

The pace trio of Mitchell Starc, Josh Hazlewood and Pat Cummins are much talked about. But they are more potent over five days than 20 overs, and even in their best format they featured in back-to-back home series losses to India.

Hazlewood was part of the IPL-winning Chennai Super Kings team, but Cummins hasn’t played a T20 since late April and Starc hasn’t been consistent of late.

Ashton Agar and Adam Zampa have had some good results in tandem and will be expected to deliver if the pitches favour tweakers, especially later in the tournament. But spin has rarely been an Australian strength in the T20 format.

To be effective, they need their batsmen to put reasonable scores on the board, which wasn’t often the case in the West Indies and Bangladesh. Most Aussie batsmen – here it has to be said that most of the pedigreed players were absent – struggled when the ball didn’t quite flow on to the bat and started aiding spinners.

The squad for the T20 World Cup includes names like Nathan Ellis, Josh Inglish, Kane Richardson, Daniel Sams and Mitchell Swepson. Not exactly names that will instill fear in any opposition. The paucity of batting talent often necessitated Matthew Wade, a wicketkeeper by trade, to play as a specialist batsman in various formats. He finds himself in the T20 World Cup squad as well.

To add to the difficulty index, Australia find themselves in a ‘Group of Death’ which also features England, West Indies and South Africa, with only the top two progressing into the semi-finals. Two of those teams are among the top favourites for the crown, while the Proteas are also ranked higher than the Australians.

Australia has had its own domestic T20 competition – the Big Bash League – for several years now, but its quality and the players involved aren’t the best. Their own top players rarely feature in it as the international summer runs parallel to it, nor do most of the very best from other countries.

Still Cricket Australia gives pride of place to the Big Bash in its domestic calendar, scheduling it over the Christmas-New Year holiday period to optimise footfall at venues and TV viewership. In trying to be the second-best domestic T20 league, the focus on producing excellent all-round cricketers – for which Australia was the envy of the world throughout the 1990s and 2000s – was lost somewhere.

The irony of the situation is that not only has Australia faced a shortfall of quality longer-form players – Marnus Labuschagne, who is not in the T20 World Cup squad, is probably the most noteworthy batsman to emerge on to the scene since Smith and Warner – one can’t find too many T20 specialists either like is the case with the West Indies, or even England.

In the initial seasons of the IPL, every team featured Australians, even some most fans had never heard of (remember Brett Geeves?). Every match featured a couple of Aussies as most franchises had coaching staff from Down Under and there was a belief that even domestic players from that country would be of a high standard. The strength of the Australian team around the turn of the millennium meant that a generation of highly-talented cricketers got invariably ‘lost’ as there was no vacancy in the national side.

Australia’s captain Aaron Finch catches the ball during the Cricket Twenty20 World Cup warm-up match between India and Australia in Dubai, UAE, Wednesday, Oct. 20, 2021. (AP Photo/Aijaz Rahi)
That’s no longer the case. So the players generally featuring in the Big Bash are the Australian second-string, who are currently out of favour as far as national selectors are concerned. They are joined by certain retired and semi-retired Aussie cricketers and a bunch of T20 journeymen who either can’t make it to their national teams or don’t have international commitments at the time.

Warner was a pale shadow of his dominant self during the few short and miserable stints he had in the second half of the IPL. The left-hander seemed rushed by the quicks and struggled for timings against the others as his feet and mindset were all over the place. But skipper Finch, who himself is returning after knee surgery, has maintained that the two will be opening the innings during the World Cup.

Smith made only two appearances for Delhi Capitals in the UAE, once as an opener and once at No.3. He is not the type of player who comes out all guns blazing from the start. But the Australian squad is not blessed with riches as far as batting against quality spin is concerned, so it would be foolhardy to leave Smith out. Maxwell comes in on the strength of his recent IPL form, to be followed by either Stoinis or Marsh.

“He’s batting like I’ve never seen someone bat before. First ball in the nets, he’s crunching it for six, no matter who’s bowling at him. He played with great responsibility, poise and also aggression in the West Indies and Bangladesh on surfaces that were really hard to score runs on.”

This is what Agar was quoted as saying recently about his Western Australia teammate Marsh. Given that the latter has had several such recommendations in the past without quite making a spot his own in any format, the platitudes need to be taken with a pinch of salt.

Stoinis too has had his moments in Australian colours, and if he has fully recovered from the hamstring injury he suffered during the IPL, he may challenge Marsh for a spot in the playing XI.

Wade has been around for a while and could best be described as a plucky cricketer, if not the most gifted one. For the wicketkeeper-batsman slot, Inglish may prove to be the most exciting option.

This batting line-up is hardly likely to put the fear of God into any opposition. The Aussie fans would hope that their out-of-form players regain it overnight, those returning from injury find their rhythm straightaway, and those short of match practice have excellent muscle memory.

Australia’s Matthew Wade fields the ball during the Cricket Twenty20 World Cup warm-up match between India and Australia in Dubai, UAE, Wednesday, Oct. 20, 2021. (AP Photo/Aijaz Rahi)
In short, all pieces of the batting jigsaw need to fall in place for Australia to be competitive in the major ICC event.

In any case, they will have to rely on their stronger suit – bowling – if they are to go deep in the tournament. For that reason, they need to unleash their big guns and play with five specialist bowlers. That means Starc, Hazlewood and Cummins, along with spinners Agar and Zampa. Maxwell and Marsh/Stoinis could be expected to provide the back-up.

They will have to keep the opposition to manageable scores that their batsmen can hope to chase down, or often defend totals which may not seem adequate at first glance.

T20 is not a format Australia quite warmed up to in its initial days – it was once described as ‘hit-and-giggle’ cricket. They could be forgiven for the snobbery then as they were busy winning 50-over World Cups one after another while ruling the roost in Test cricket at the same time.

But the health of Australian cricket is not in such rude shape at the moment. Losing back-to-back home Test series to India, falling off the perch in one-day cricket as well in recent times (they used to win bilateral series around the world for fun under Ponting) and losing their last five T20I series means they can’t afford to be choosy now.

But such is the history of Australian cricket that one thinks twice before writing them off altogether. There are back-to-back T20 World Cups, and the one next year will be staged in Australia itself. If somehow, Finch & Co. manage to do the improbable in UAE over the next few weeks, there will be few doubting their prospects for 2022.