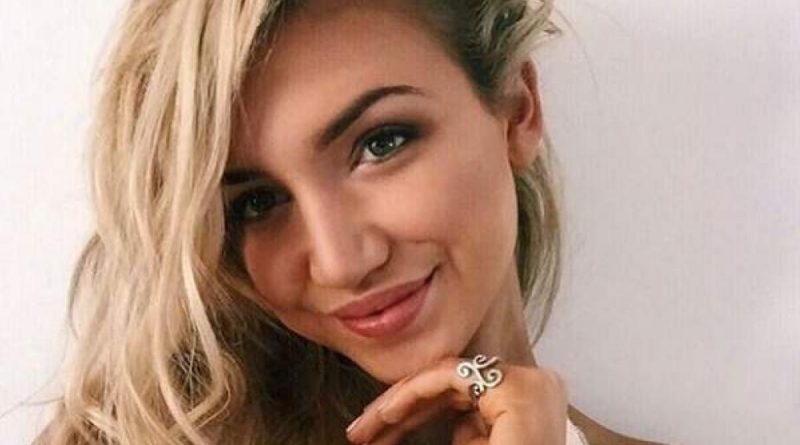 She’s the busty Aussie model who isn’t afraid to flaunt her incredible physique in racy bikinis on Instagram.

But on Friday, Gabrielle Epstein kicked things up a notch when she posted her topless cover for Playboy Magazine.

Alongside the cover, the 27-year-old stunner pleaded with Instagram not to delete the image – as the social media giant holds a strict policy to avoid nude images which display nipples.

‘My @playboy November cover & editorial is out now! PS this is a magazine cover pls don’t be a d**k and remove it lol,’ she wrote.

She’s no stranger to kicking up controversies and in her recent post on Instagram, Gabrielle Epstein posed in a skimpy two-piece on a yacht in Mexico.

While followers were mesmerized by her incredible figure, upon closer inspection her necklace was quite the conversation piece too – with the sassy beads reading the words ‘f**k off’.

Gabrielle was already making significant cash off of her social media fame in 2015, and had dropped out of nursing school to pursue modelling and influencing.

The model and influencer, who also has her own YouTube channel, was also named seventh on a 2020 list of ‘The Highest-Paid Female Influencers In Australia’.

Running her own lingerie line, Gabrielle Grace, and lending her fame to many brand partnerships, her impressive net worth was estimated at the time at $400,000.