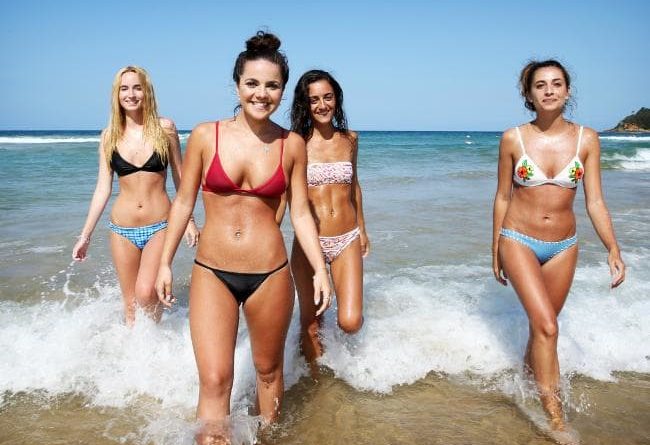 Explained: Social distancing guidelines in each state and territory

There have been major developments in the easing of social restrictions across Australia in the last 24 hours.But what you can do state-to-state is still increasingly varied.Here’s what you need to know.

NSW will from Friday allow two adults to visit another house for any reason, regardless of how many people live there.Young children are allowed to tag along with the adults, and there are currently no limitations on the purpose of a visit.Sydney’s eastern beaches are also reopening to the public.

Beaches at Bondi and Bronte were open today for the first time in a month.Clovelly, Maroubra and Coogee beaches were reopened recently, but only for limited hours in the morning.Premier Gladys Berejiklian has warned of more infections as social interactions increase.NSW is also pushing ahead with plans for students to return to classrooms from May 11.

In contrast, Victoria is refusing to loosen restrictions with parents encouraged to keep children at home where possible.Premier Daniel Andrews says he’s happy to cop criticism for being too cautious given what’s at stake.

Queenslanders will be permitted to travel up to 50 kilometres from home for picnics, visiting parks or non-essential shopping.Students are also learning from home in large numbers in that state, with the direction to keep children at home where possible due to be reviewed on May 15.Queensland’s borders have been closed to everyone except residents and essential workers. That restriction remains.A “two person” rule is also still in place. The rule states that if someone leaves home they can be joined by one other person, but social distancing applies.

West Australian schools are set to reopen on Wednesday, while up to 10 people can now gather for non-contact recreation in the state.Residents can leave home for recreational activities including picnics, fishing, boating and camping.The maximum headcount for weddings has doubled from five to 10.Tough border restrictions remain in place.

South Australia hasn’t flagged when it will ease rules.Gatherings of more than 10 people are not allowed.All gatherings must comply with restrictions of four square metres for each person.Golf and tennis is still allowed. And while skateparks and playgrounds have not been officially closed, the government has urged people not to use those facilities.

The NT is looking at when pubs might reopen.Parks and reserves will start to reopen from Friday.However, Commonwealth-owned parks like Uluru or Kakadu National Park remain closed.Restrictions on cafés, pubs and restaurants will likely be eased in June.

Tasmania has said it won’t follow the lead of other states in easing social restrictions.Restrictions on non-essential retail in the northwest of the state, where there has been a deadly outbreak, have been pushed back until at least Sunday.Students in the northwest will also return to remote learning one week after others.Teachers, police officers and public servants have been urged to get tested.

There are no changes to the ACT guidelines.